Fresh thinking from workshops in France and Germany 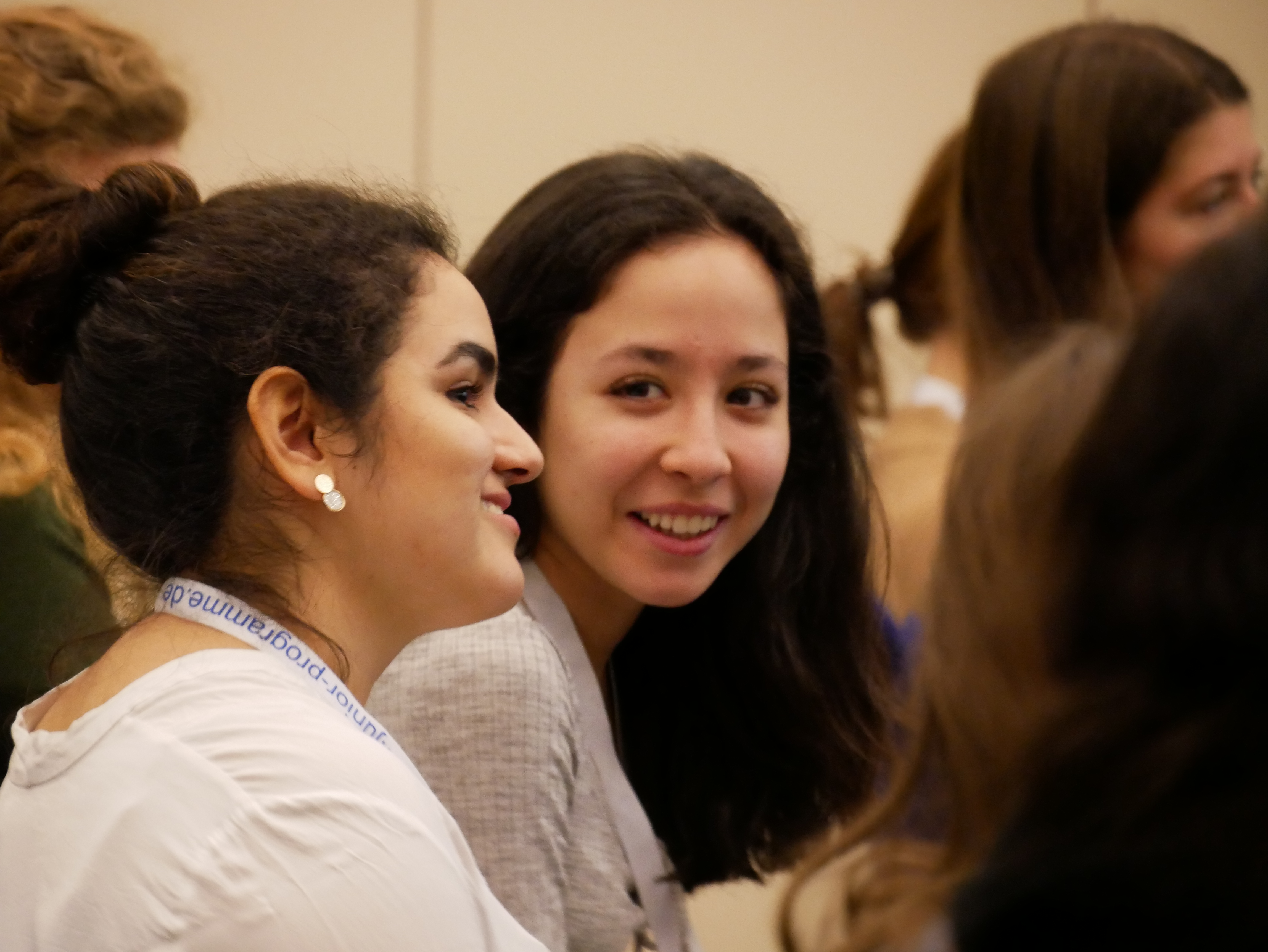 “Europe means team spirit, solidarity and freedom – and the chance to travel, live and work anywhere in Europe.” So said two students from Germany’s Gymnasium St Christopherus in Werne. They were participants in the ninth and last workshop, part of the ‘Why Europe Matters’ campaign facilitated by JA Europe and the European Round Table of Industrialists, held on 30 January. Another expressed her strong commitment to the European ideal by saying: “countries built a union to improve Europe. It is absolutely required to further support this.”

Their counterparts in France, mentored by executives from Air Liquide, Nestlé, Siemens, and Total, agreed. They said that they had learned a great deal about the European institutions during their own workshop four days earlier. They also reported that the experience had allowed them to improve key skills for the world of work. Oral communication, team work, innovation, creativity, and learning how to harness the talents of colleagues with different abilities: opportunities to enhance these skills were eagerly seized by the French students.

The European Round Table and JA Europe are partners on the ‘Why Europe Matters’ campaign to reach out to young people, ask for their opinions on issues they care about, and help them engage in the political process. More than that: the campaign is a call for action from other stakeholders in Europe’s future. ‘Why Europe Matters’ brings young people, business representatives and policy makers together. Their common goal? Framing and implementing policies and practices addressing the challenges confronted by Europe’s youth.

The workshop programme covering nine Member States has revealed the most important challenges as being employability, solidarity, cohesion, and the freedom to study and work in any of the Member States. ‘Why Europe Matters’ describes the campaign as “giving the future of Europe a voice.”

The workshops encourage their participants to work in teams. They present to jurors, who decide which are the best three presentations. The winning team goes forward to the March event in Brussels where they will showcase their policy idea to decision makers of the European institutions.

Each one of the French competitors made proposals in which exchanges, mobility and cross-border travel were key components. The winners wanted companies to allow new recruits to sample as many corporate functions as possible, allowing an informed selection of career path. They also suggested that these recruits should be encouraged to undertake internships in different countries. This would provide a rich experience of internationalism, which would surely benefit both the recruit and the company alike. And this team proved its point by speaking in English throughout!

The German workshop teams covered a very wide range of topics. One of these was from the transport sector. This was a scheme making widely available fleets of bicycles that generate energy when used. The energy generated would be stored on a memory card and the bicyclists would be entitled to reduced price train tickets. Another supported a familiar topic: the European company, arguing that it could reduce legal and other bureaucratic barriers to company formation. And a third underlined recent concerns about waste plastic with a recommendation that supermarket customers should be rewarded with discounted prices if they used their own containers for the products they buy.

Detached from their familiar school routines, these workshops have shown how imaginative young Europeans can be and also how willing they are to shape their thinking into concrete proposals for decision makers. A teacher from the Ursulinenschule in Cologne, herself present at the workshop, concluded: “This was a very special experience for the students.”

It may be too early to say definitively that these workshops demonstrate the added value of business and schools joining forces but, based on the comments of the participants themselves, there can be no doubt that at least they have been very worthwhile.