Deprecated: Unparenthesized `a ? b : c ? d : e` is deprecated. Use either `(a ? b : c) ? d : e` or `a ? b : (c ? d : e)` in /customers/b/3/3/whyeuropematters.eu/httpd.www/wp-content/plugins/js_composer_salient/include/classes/editors/class-vc-frontend-editor.php on line 653 Why Europe Matters: Young Bulgarians speak out - WhyEuropeMatters 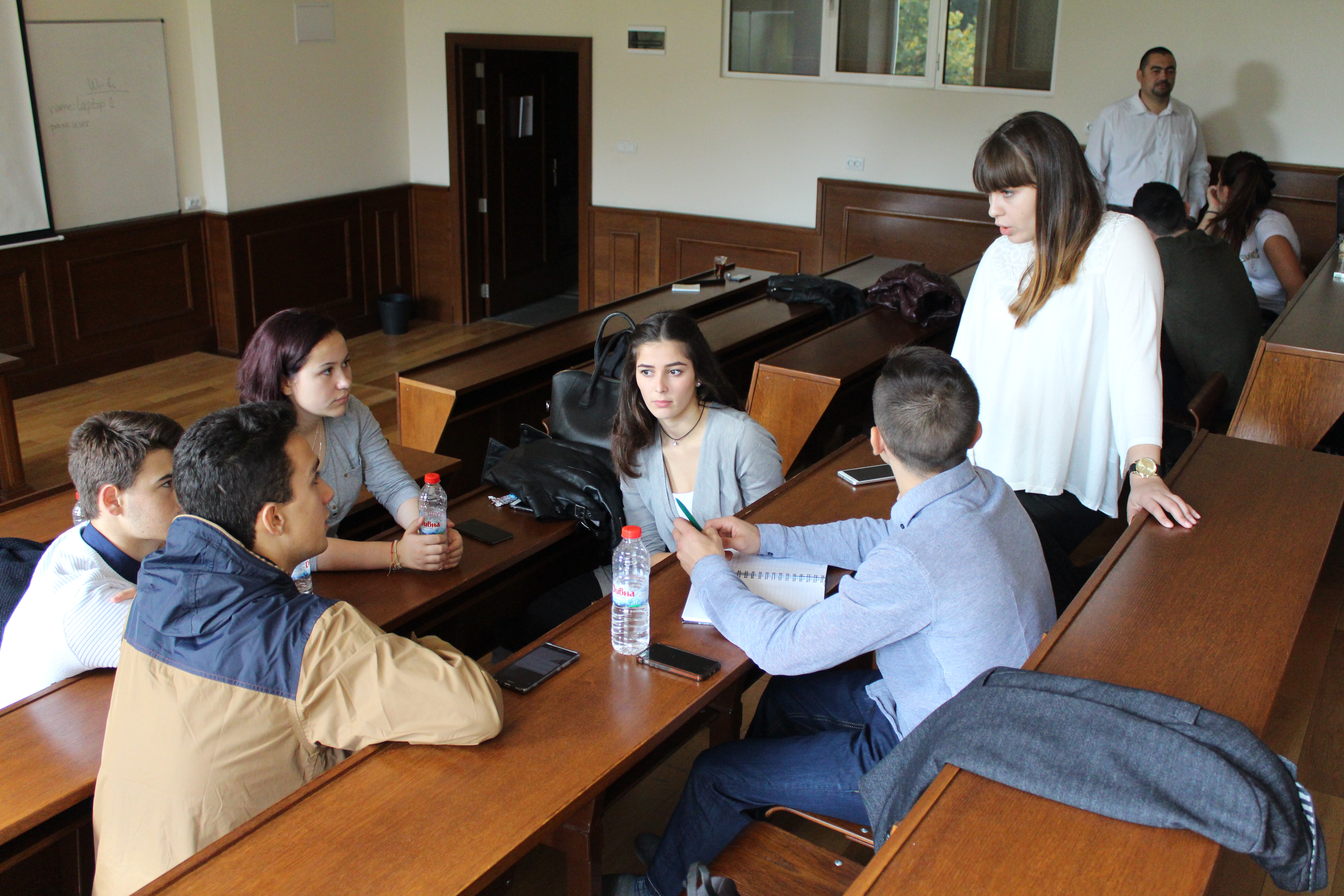 Ask students how to make Europe a better place and what do they come up with? Innovative ideas addressing not only the issues that matter most to young people but also the challenges confronting the communities in which they live.

These were outcomes of a recent event hosted by Varna’s University of Economics. Varna is the third largest city in Bulgaria and the European youth capital for 2017. Organised by Junior Achievement Bulgaria, there were over 80 participants from eight high schools and three universities. “What was really exciting,” said Svetoslav Manoilov from Junior Achievement Bulgaria, “was to see the enthusiasm of the students. Some had come a hundred kilometers just to attend our event.”

This was the first of a series of workshops being held across Europe. The series is part of ‘Why Europe Matters’, a project jointly sponsored by JA Europe and the European Round Table of Industrialists. ‘Why Europe Matters’ uses an online survey to invite young Europeans to express their opinions on issues of concern to them. In parallel, agendas for action are developed in workshops. Then JA Europe and the ERT will reach out to Europe’s leaders and ask them to engage with the participants. The online survey (available until 31 December at www.whyeuropematters.eu/survey/) will be published in the first quarter of 2018 following review by the Eastern Norway Research Institute.

The workshop series is designed to discover and draw out young people’s thoughts, their expectations, and their dreams about the European Union. It is nothing less than a sustained effort to find out ‘why Europe matters’ to young Europeans and, having found out, to engage with decision takers and prompt responses from them. For JA Europe and the European Round Table of Industrialists, it’s critically important that this project has meaningful outcomes. That’s why the workshops have been designed to generate concrete recommendations for policymakers.

In Varna the participants were greeted by Bilyana Raeva, the former European parliamentarian and now a member of the management board of Varna-European Youth Capital Association, Miroslav Aleksiev, whose company – Solvay – is a strong supporter of Junior Achievement Bulgaria, and Milena Stoycheva, Junior Achievement Bulgaria’s CEO. Then the students began their work.

Guided by mentors from Solvay and elsewhere, eight teams discussed youth unemployment, regional development, and what should be done to make the European Union stronger and more united. Their ideas were presented to a jury, who selected five students from three winning teams. The plan is that the winners will go to Brussels to compete with other national winners from JA Europe’s network.

But what did they actually come up with? Thinking about ways of addressing youth unemployment, one team suggested developing the EU’s Erasmus programme with a focus on internships. Another team thought that local businesses had a role in helping start-ups to create spin-offs and that they should be encouraged by preferential tax rates. Two teams wanted to see employers encouraged to form a network to promote entrepreneurship and young people giving presentations to employers about their extra-curricular activities to provide a fuller picture of potential recruits. And another team, acknowledging that a fifth of Europeans aged between 16 and 24 are out of work, was keen to see more opportunities for direct work experience through internships taken up before and after tertiary education.

Two teams concentrated on regional development. Their recommendations included greater effort to identify and to address the weaknesses of Europe’s underdeveloped regions.

Finally: what should be done to make the European Union stronger? The students thought that what European citizens needed was a union of civil networks to strengthen their connections with the EU’s institutions and improve direct communication with policymakers. That seems a very topical idea!

What happens next in Bulgaria? Milena Stoycheva said: “funding permitting, we’d like to hold a similar workshop, perhaps in north-west Bulgaria. Clearly young people want to contribute their thoughts to the process of policymaking and we’re keen to let them do so.”

For JA Europe and the European Round Table of Industrialists, the work goes on. Next up is a workshop in Alcorcon, Spain on November 7 – and, of course, the survey results early next year. Watch this space!